Welcome to the official Web site of Boy Scout Troop 390. We are chartered by Faith Lutheran Church of Fairlawn, Ohio and belong to the Signal Tree District in the Great Trail Council of the Boy Scouts of America. 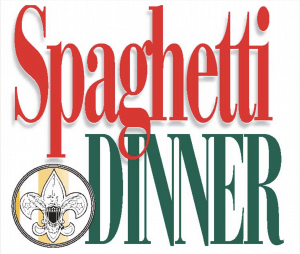 Planning is in progress for our Troop’s biggest fundraiser of the year.  Proceeds go directly to our troop and provide much needed gear, patches, lower camping prices and more.  It’s so important that we need all scouts and parents help.

What's Happening in Our Troop?

The Troop's biggest fundraiser will be here soon. Please reserve March 14, 2020 for our annual Spaghetti dinner. Lots of help is needed to make this event a success. Our next parent meeting will be Tuesday, February 4th. Please participate this Tuesday, your help is needed!

Donations are now being accepted for Spaghetti Dinner raffle baskets. If you see a good deal while you are out shopping, just drop it off at the troop meeting. We will take care of the packaging!! Some ideas are family movies and games (new or gently used), camping equipment, wine and accessories, candy, blankets, service donations, electronics (new or gently used Kindle, iPad, xbox etc.,) pet items, candles ... and many others.

The Scouts were sent home with more information last week, along with a suggestion for a gift basket and a donation request.

Commitments are needed by 2/11

This is for EXPERIENCED SKIERS. Permission Slips containing the costs of Lift Tickets and Equipment Rental will be at the meetings starting January 14th.

*We MUST have enough drivers.

Depart from the Acme Montrose parking lot at 6am sharp and return that evening.

Congrats to Alex Haran for completion this Sunday! Brad Mularcik will be at the troop meeting Tuesday 2/4 to review safety requirements. Participating Scouts come prepared to present them. Welding sessions will be available Saturday 2/9 at 9am and 2pm. Contact Brad Mularcik directly to schedule. bnpwood4@gmail.com

We ask that every Scout Family attend the 11:00 a.m. service at Faith Lutheran Church. Scouts are asked to arrive by 10:45 in full, clean uniform w/their sashes. Mothers, please wear your Mother’s Ribbon(s)

Following the service the Troop will have a potluck luncheon, Friends of Scouting Presentation and Court of honor. We ask that every family bring a large portion of a side dish or salad to share. The Troop will provide pizza, beverage, dessert, plates, cups, eating utensils, etc.

The scouts had fun and achieved awards at the Klondike last weekend. Please remember to bring back tents or supplies you may have taken home with you.

We will depart from Faith Lutheran at 11am. Permission slips will be at this week’s meeting.

Scout Sunday is an important day on the Scouting calendar. Universally it is an opportunity to express to the organizations that sponsor Troops and Packs that we are thankful for that. Without that the Units could not exist. We don’t do it to change any family’s beliefs or recruit for the church. But we do ask that Scouts and Families participate with us once a year. Several Scouts are needed to do some of the readings for the service Sunday. In prior years the Super Bowl was on the same day. Luckily that is not the case this year.

Scout Spirit is one of the requirements of each rank. Scouts are asked at every Scoutmaster Conference to tell us what Scout Spirit is and whether they have Scout Spirit. Living the Scout Oath and Law are the crux of Scout Spirit. The 12th point of the Scout Law is Reverent. Each Scout should have a belief in a higher being based on their family’s background..

Please come to Scout Sunday this year. And following that the Court of Honor will present badges earned since October.

The Troop Leaders at the Klondike all agree that the Scouts had a lot of fun and did well in the competitions. One Patrol even won 1st place in an event that they did not do! You can’t beat that!

Troop 7390 is a wonderful start to our girl troop. The girls attend the campouts and participate in everything. Several of the girls and the two Leaders have earned the Polar Bear Award this winter. Several of the boys have also earned the Polar Bear Award too. We need to recruit more girls and boys for that matter. Please let us know if we should reach out to anyone you know.

Based on the responses received from the surveys sent, the Bike Trek will be 6/21-6/28. We must have enough Scout commitments for us to continue to plan this event. Permission slips are now available. Parents are welcome to participate. Cost is $400.00. We must have commitments by March. When the weather improves we weekly start training.

We need more adults to be part of the Troop Leadership. Assistant Scoutmasters are needed to participate at Campouts and Troop meetings. Youth Protection Training, Leader Indoor and Outdoor Training and Hazardous Weather Training are also required

The purpose of the group is to meet once a month to help plan troop activities, fundraisers, and high adventure trips. Please consider joining us

We are NOW missing 2 tents! Scouts take a tent home to clean and dry after a campout. Please dry yours, pack and return for upcoming trips. Tents should be returned at the meeting following the campout.

The annual ACME cashback program has come to an end. This year, we collected $864.07. When we have more information regarding what Acme is sending the Troop we will update.

It still may be cold outside, but it is time to start thinking about summer camp. A new physical form required for this year. Physicals must be dated within 12 months of the last day of Summer Camp. The early bird price of $295 sign up ends on 5/19.

Scouts working on Tenderfoot, Second Class, or First Class requirements should bring their scout handbook to EVERY scout meeting (and remember to take it home, too!) Mr. Bartlett must see the handbooks to record all completed requirements in Troop Master.

To add items to the monthly newsletter, contact Catherine at CatherineMiddendorf.OH390@troopmaster.email

The Values of Scouting

Scouting is a values-based program with its own code of conduct. The Scout Oath and Law help instill the values of good conduct, respect for others, and honesty. Scouts learn skills that will last a lifetime, including basic outdoor skills, first aid, citizenship skills, leadership skills, and how to get along with others. For almost a century, Scouting has instilled in young people the values and knowledge that they will need to become leaders in their communities and country.

THE SCOUT OATH OR PROMISE
On my honor I will do my best
To do my duty to God and my country and
To obey the Scout Law;
To help other people at all times;
To keep myself physically strong,
Mentally awake, and morally straight.

OUTDOOR CODE
As an American, I will do my best to:
Be clean in my outdoor manners
Be careful with fire
Be considerate in the outdoors, and
Be conservation minded